Jan 25 (Thomson Reuters Foundation) – Afghan tech entrepreneur Sara Wahedi tore up her staffing roster.Nowadays, her app company’s few remaining employees in Afghanistan work when they can – in the intervals between power cuts and internet outages.

Five months since the Taliban seized power, Afghan companies like Wahedi’s are battling to stay afloat as international sanctions and curbs against the hardline Islamist movement fuel a deepening economic crisis website

“We are running on fumes at this point,” Wahedi, 26, said by email from New York City, where she is remotely running Ehtesab, the mobile app she founded that provides real-time security, traffic and power outage alerts in Kabul, the Afghan capital.

Wahedi had a group of security experts, journalists, government officials and volunteers to vet and verify reports, allowing Ehtesab to send alerts within minutes.Since most of them have left Afghanistan, it takes as long as 15 minutes now.

Unless international investment and funding resume, she said fledgling Afghan companies would be “crippled”.

“It is understandable that Afghanistan is a volatile environment, but without any market, entrepreneurs, especially social entrepreneurs like myself, are left flailing on their own,” Wahedi said.

U.N. Secretary-General Antonio Guterres appealed website earlier this month for a suspension of rules preventing the use of money to save lives and the economy, and for a way to release frozen Afghan foreign currency reserves to “avoid a meltdown”.

Without more money circulating, the few companies that are limping on will also be forced to give up, said Matiullah Rahmaty, who has watched his once-bustling Kabul-based business consulting firm BrightPoint grind to a halt since August.

“For businesses, liquidity in cash is like blood in the veins,” Rahmaty, 26, told the Thomson Reuters Foundation from a refugee camp in Abu Dhabi, his home since October.

In the weeks before the Taliban stunned the world by sweeping into Kabul, Rahmaty said his schedule was packed.

He was preparing to give a Tedx talk about entrepreneurs overcoming obstacles and planned to set a date for his wedding, but everything got put on hold.

Twenty employees were reduced to four, about a dozen projects with international clients turned to zero and cash dried up.

“Within one day we were out there with nothing to do,” said Rahmaty, who fled Afghanistan with his fiancee over fears of Taliban retaliation for his work with foreign organisations.

Humanitarian aid, which foreign governments have maintained despite the sanctions, is helpful, but will not help revive the economy and create jobs, Afghan entrepreneurs said.

“We have become beggars, begging for humanitarian aid. This doesn’t work in the long run,” said Abdul Ehsan Mohmand, the chief executive of one of Afghanistan’s top infrastructure companies, Dynamic Vision.

He urged the international community to create jobs in the private sector, warning otherwise poor Afghans – like the 350 labourers who he had to lay off from a U.N.-funded water supply project – would suffer the most.

With more than 300 projects, some 1,200 employees and an annual turnover of $10 million, Mohmand aimed to expand operations to the Middle East, Central Asia and Africa.

But with millions of dollars stuck in unpaid dues and limited cash, he said he had abandoned his expansion plans.

“(The Taliban takeover) has sentenced the private sector to death,” he said.

The U.N.Development Programme (UNDP) has launched website several initiatives, including one that provides grants to Afghanistan’s small and micro businesses, especially those owned by women, and offers cash-for-work projects to the unemployed.

Since returning to power, the Taliban have curbed the rights of women website restricting most from working.

Remote working for overseas companies has become a lifeline for tech-savvy Afghans like Murtaza, who shut down his fledgling software development company in August as projects fell through, but the long blackouts threaten that income source, too.

“When you don’t have electricity for 10 hours a day and bad, unreliable internet, it becomes very difficult to get anything done,” said Murtaza, who has been giving online coding classes to U.S.students.

“The online training that I’m providing is giving me enough income to survive,” he said, asking not to give his full name.

Several entrepreneurs said that while power cuts have always plagued Afghanistan, the stretches without electricity had increased from about four hours to up to 12 hours a day.

They cited reports about the state power utility’s mounting debt to neighbouring countries that supply most of Afghanistan’s electricity.

Foreign firms should set flexible deadlines for Afghans doing remote work for pts terbaik Asean them, said Ali Aslan Gumusay, the head of the innovation and entrepreneurship research group at the Berlin-based Humboldt Institute for Internet and Society.

“Stretch out the window of work over a course of a week or two weeks,” Gumusay urged in a video call.

TECH TO THE RESCUE

Some Afghan companies are finding other ways to adapt.

Mohmand said Dynamic Vision had shifted its line of business from infrastructure to humanitarian work such as doing research for the U.N.migration agency, IOM.

After she started marketing her app through Facebook ads last month, Wahedi said there were more than 600 downloads in three weeks, showing there was still “interest and impact”.

Cooped up in his room while waiting for the processing of his asylum claim to France, Rahmaty said he had developed a platform called “Entrepreneur on the Go” that he plans to launch in a few weeks.

It will help fellow migrant entrepreneurs access a network of tools and contacts, including mentors, language teachers and lawyers, to establish businesses in host countries.

Once in France, he said he planned to channel work opportunities to Afghanistan.

“I couldn’t help our situation from the inside and that’s why I left … Now I can go out, close deals with some clients and send business back home.” (Reporting by Annie Banerji in New Delhi @anniebanerji; Editing by Helen Popper; Please credit the Thomson Reuters Foundation, the charitable arm of Thomson Reuters, that covers the lives of people around the world who struggle to live freely or fairly. 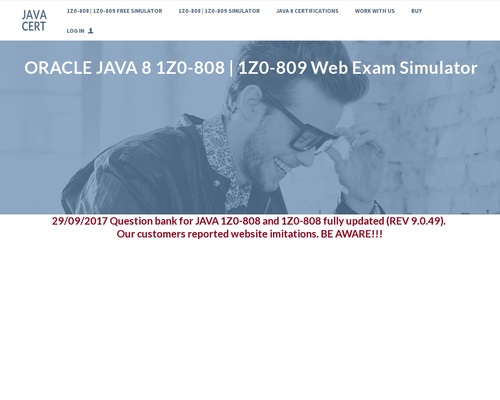